Check back for more faculty updates.

No one remembers when the neighbors started calling the McCutcheons to complain about the loud singing from young John’s bedroom. It didn’t seem to do much good, though. For, after a shaky, lopsided battle between piano lessons and baseball (he was a mediocre pianist and an all-star catcher), he had “found his voice” thanks to a cheap mail-order guitar and a used book of chords.

From such inauspicious beginnings, John McCutcheon has emerged as one of our most respected and loved folksingers. As an instrumentalist, he is a master of a dozen different traditional instruments, most notably the rare and beautiful hammer dulcimer. His songwriting has been hailed by critics and singers around the globe. His thirty recordings have garnered every imaginable honor including seven Grammy nominations. He has produced over twenty albums of other artists, from traditional fiddlers to contemporary singer-songwriters to educational and documentary works. His books and instructional materials have introduced budding players to the joys of their own musicality. And his commitment to grassroots political organizations has put him on the front lines of many of the issues important to communities and workers.

Even before graduating summa cum laude from Minnesota’s St. John’s University, this Wisconsin native literally “headed for the hills,” forgoing a college lecture hall for the classroom of the eastern Kentucky coal camps, union halls, country churches, and square dance halls. His apprenticeship to many of the legendary figures of Appalachian music imbedded a love of not only home-made music, but a sense of community and rootedness. The result is music...whether traditional or from his huge catalog of original songs...with the profound mark of place, family, and strength. It also created a storytelling style that has been compared to Will Rogers and Garrison Keillor.

The Washington Post described John as folk music’s “Rustic Renaissance Man,” a moniker flawed only by its understatement. “Calling John McCutcheon a ‘folksinger’ is like saying Deion Sanders is just a football player...” (Dallas Morning News). Besides his usual circuit of major concert halls and theaters, John is equally at home in an elementary school auditorium, a festival stage or at a farm rally. He is a whirlwind of energy packing five lifetimes into one. In the past few years alone he has headlined over a dozen different festivals in North America (including repeated performances at the National Storytelling Festival), recorded an original composition for Virginia Public Television involving over 500 musicians, toured Australia for the sixth time, toured Chile in support of a women's health initiative, appeared in a Woody Guthrie tribute concert in New York City, gave a featured concert at the Smithsonian Folklife Festival, taught performance art skills at a North Carolina college, given symphony pops concerts across America, served as President of the fastest-growing Local in the Musicians Union and performed a special concert at the National Baseball Hall of Fame. This is all in his “spare time.” His “real job,” he's quick to point out, is father to two grown sons.

But it is in live performance that John feels most at home. It is what has brought his music into the lives and homes of one of the broadest audiences any folk musician has ever enjoyed. People of every generation and background seem to feel at home in a concert hall when John McCutcheon takes the stage, with what critics describe as “little feats of magic,” “breathtaking in their ease and grace...,” and “like a conversation with an illuminating old friend.” Whether in print, on record, or on stage, few people communicate with the versatility, charm, wit or pure talent of John McCutcheon.

It's been almost 20 years since we've had John at Folk College, and we're thrilled that he'll be joining us again as our headliner this year!

Two-time GRAMMY Award Winners, Cathy Fink and Marcy Marxer are master musicians with a career spanning over 35 years. Their superb harmonies are backed by instrumental virtuosity on the guitar, five-string banjo, ukulele, mandolin, cello-banjo, and more. Their repertoire ranges from classic country to western swing, gypsy jazz to bluegrass, and old-time string band to contemporary folk (including some original gems).

Cathy & Marcy have performed at hundreds of bluegrass and folk festivals and taught at close to 100 music camps worldwide. Happily known as ‘social music conductors’, they’re always ready to start a jam session, a community sing, or create a music camp helping others learn to play and sing. The duo's past students include Kaki King and Rhiannon Giddens and they have performed with a wide range of musical luminaries, including Pete Seeger, Theodore Bikel, Tom Paxton, Patsy Montana, Riders in the Sky. They have entertained the Queen of Thailand, been keynote singers for the AFL-CIO, and appeared on the Today Show and on National Public Radio. The Washington Area Music Association has recognized the duo with over 60 WAMMIE Awards for folk, bluegrass, and children's music. Cathy & Marcy advocate in Washington for unions, health care for children, and the rights and livelihoods of artists.

The duo has toured worldwide, from Japan to New Zealand, Vancouver to New York, South Africa to Israel and everywhere in between. Recent festivals and venues include Merlefest, Wintergrass, Denver Ukefest, and Kate Wolf Music Festival. American Voices Abroad chose Cathy & Marcy with fiddler Barbara Lamb to perform in China, Malaysia, Papua New Guinea and Vanuatu as cultural ambassadors for the U.S. Department of State.

Formed in 2010, The Appleseed Collective become a force of nature powered by their local community and developed by a strong sense of do-it-yourself drive. In an age of corporations and climate change, the band’s commitment to buying & selling local, eating from gardens, and being their own bosses has led to the kind of success that feels simply organic.

Each part of the Collective comes together to form an amalgam of complementary and contrasting elements. With a Motown session musician for a father, guitarist Andrew Brown was exposed to pre-World War II jazz on a trip to New Orleans. Shortly afterwards a chance meeting introduced him to Brandon Worder-Smith, violinist, mandolinist and improvisatory magician who grew up playing old time fiddle music. Vince Russo, multi-percussionist and van-packing savant, blends influences of funk, jazz and rock n’ roll on the washboard. Eric O'Daly comes from a background of choral singing and studies in Indian classical music and provides the bottom end on the upright bass. The whole band sings in harmony. 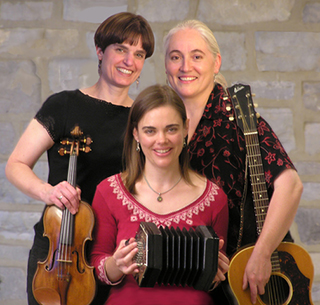 Folk College's host band, Simple Gifts, is three women (Linda Littleton, Karen Hirshon & Rachel Hall) playing twelve instruments, with styles that range from old time to Celtic to Klezmer and beyond. Karen Hirshon plays fiddle, mandolin, guitar, 6-string banjo, bowed psaltery, doumbek, and spoons. Linda Littleton plays fiddle, hammered dulcimer, recorders, and bowed psaltery, and she's starting to learn banjo. Rachel Hall is recognized as one of the leading English concertina players in the U.S., and she also performs on piano, accordion, and tabla. Based in State College and Philadelphia, PA, Simple Gifts members designed Folk College and work with the Huntingdon County Arts Council to make it a reality. They have a strong philosophy that everyone can play music, that music is best when shared, and that above all, music is about communication, not competition. 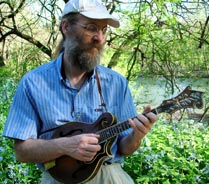 Henry Koretzky is a mandolinist, guitarist, and singer from Harrisburg, PA, who has performed in a wide variety of styles and groups, from bluegrass with Cornerstone, Sweetwater Reunion, and High Strung; klezmer with The Old World Folk Band; old-time with the duo Rootbound; as well as swing, celtic, contemporary folk, and contradance music. He has taught at Folk College in previous years as part of The Keystone Rebels and as part of a duo with singer-songwriter- guitarist Kevin Neidig, and has also been a staff regular at Greenwood Furnace Folk Gathering.